Our phylosophy: With is better 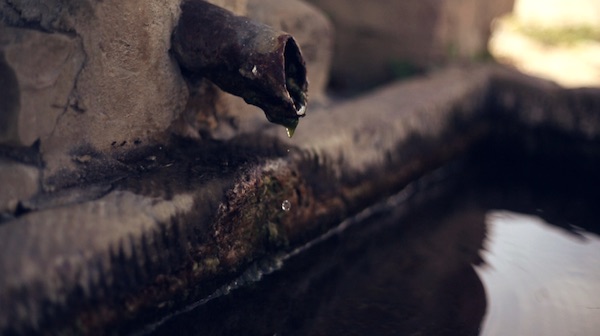 Nan-in, a Japanese master of Meiji era (1868-1912), he was visited by a university professor who had come to him to inquire about Zen.

Nan-in served tea. He filled the cup of his guest, and then kept on pouring.
The professor watched the overflowing tea, then he could no longer contain himself.
'It is full. It does not enter any more! '
'Like this cup,' Nan-in said, 'you are full of your opinions and conjectures. How can I show you Zen unless you first empty your cup? ​​'

To fill you must select what to fill.

How can you make hight quality cosmetics if you don't select carefully all raw materials, if you don't pay attention to the origin, the safety and effectiveness of it?
From this question arises our “With is Better” Philosophy.

The cosmetics present on the market are not suitable for stressed and damaged skins by prolonged pharmacological treatments and therapies as is chemotherapy and radiotherapy.
Much more because under certain conditions the skin loses its specific barrier function becoming particularly fragile, sensitive and reactive.

To fill must select what to fill.

Aromas of Food Grade and with parfum SSA

USE - For Aroma shall mean the sensory characteristic made from a food or other substance derived from a combination of smell and taste. The typical aroma of a food, a spice, an aromatic plant is conferred by specific chemical substances naturally present in them. Food flavorings are widely used in the food industry and are therefore safe and stable. Perfumes SSA that literally means allergenic substances free, they are perfumes that do not contain allergens. Allergens are substances  responsible for allergies, dermatitis and skin irritation, creating in the worst cases, immunotoxicity and difficulty breathing.

POSITIVE EFFECTS -  Both Aromas  without allergens and Parfume SSA are a safe and eudermic alternative. They give pleasure and freshness of the product, however, resulting extremely delicate on the skin and mucous membranes. They are much more delicate, they do not have a strong scenting power and this makes them indicated in the prevention of nausea and /or discomfort.

USE - Essential oils are extracted from different parts of plants, flowers, leaves, wood, resin and branches. Despite the name, are not greasy and their texture could be very dense or  aqueous. The essential oils almost always possess antiseptic and antibacterial properties for contact: for example, lavender and chamomile are more powerful then antiseptics phenol (chemical disinfectant).

The essential oils terpeneless undergo the process of deterpenation, that is the total elimination, during the distillation, the head fraction consisting of terpene hydrocarbons. In this way are stable and absolutely powerless irritating to the respiratory tract, eyes and mucous membranes in general.

POSITIVE EFFECTS - Essential oils deterpenated are stable, eudermic, highly tolerated. They are powerless irritating to the respiratory tract, eyes and mucous membranes in general. The essential oil has a deterpenato flavoring power as many as 10 times higher than the same volume of essential oil not deterpenato or purified. In addition, the essential oil called "deterpenato" sees activated its bactericidal power as a result of an increased concentration of the fraction of oxygenated compounds, the most active.

ATTENTION TO THE LABEL - The application of pure essential oils on the skin and not deterpenated high % can can lead to inflammation and skin lesions. Check the position in the list of ingredients and if there is interference with medication.

The tocopherol is one of the main compounds called vitamin E, and for this it is commonly used interchangeably name. Vitamin E is an essential vitamin and nutrient vital for humans. A powerful lipid-soluble antioxidant, present in many plants, for example in fruit, hemp oil, olive oil, and especially in the oil of wheat germ. Biologically alpha-tocopherol is the most potent and active vitamin form. By its very nature is a bright red color that can give the product a light pink color.

POSITIVE EFFECTS - Vitamin E is essential in the treatment of aging and for skin regeneration: it prevents the destruction of the cells, helps the process of oxygenation, increases the firmness of the skin, increases elasticity and firmness, reduces the formation of lipoperoxides, slows down the photo- aging.

The structure of the molecule of tocopherol has a capacity of 10,000 times faster react with the radical lipid peroxide thus protecting the cell membrane phospholipid peroxidation. Vitamin E protects the lipids and lipoproteins of cell membranes, has a beneficial effect on the ability of self moisturizer  for the skin, with different mechanisms of action: Vitamin E is a hydrophobic oily substance, so that what remains of this surface has an occlusive effect that prevents moisture loss. Penetrated the stratum corneum can help keep the lipid bilayer, the natural barrier of the skin. Vitamin E has anti-inflammatory and inhibits the release of histamine. Beneficial effects on the microcirculation by increasing capillary blood flow, tissue oxygenation and nourishment of the same

ATTENTION LABEL - tocopherol correspond to vitamin E, but in the form most potent and biologically active must be specified tocopherol (d-alpha-tocopherol).

USE Castor oil is a vegetable oil very fine, odorless, often used as a lubricant. It is cold pressed from the seeds of the castor oil plant (Ricinus communis). Castor oil has a good affinity with the keratin, the main constituent of hairs, hair and nails. By its nature has a strong moisturizing-nourishing (form a film that greatly reduces the evaporation of the skin).

Undergoing a delicate and precious ozonation process becomes an excellent "carrier" of active oxygen, given the ease with which ozone reacts with the double bonds of the fatty acid chains forming the ozonides. The ozonides then become sources of "ACTIVE OXYGEN", with characteristics consistent and reproducible. The gradual and controlled release of "active oxygen" from our active ingredients induces and stimulates endogenous defense mechanisms.

The castor oil in its form ozonized to the specific characteristics moisturizing nutrients oil:

- Giving oxygen to the skin by improving oxygenation local;

- Play soothing and anti-inflammatory reducing the redness of the skin;

- Increasing the hydrophilicity of the skin (ability to retain water molecules), and then make more hydrated;

ATTENTION TO THE LABEL - The oils that undergo the process of ozonation can be identified because together with the botanical name of the oil have written ozonized. For example Castor Oil ozonized ie castor oil ozonized.

USE - Surfactants eudermic delicate from plant origin, often are extracted from coconut and / or olive oil. In addition to being surfactants, namely to reduce the surface tension, are the raw materials to wetting action, conditioning, moisturizing and nourishing working together make the product silky, easy to rinse. The advantages are that they are eco-cert, silicone-free, 100% naturally derived and biodegradable.

POSITIVE EFFECTS - The Coco Betaine is an amphoteric surfactant derived from coconut oil fatty acids and betaine. It has properties as viscosity enhancers causes an increase in the size of the micelles. It improves the structure of the foam which is more fine and creamy. It reduces the aggressiveness of primary anionic surfactants. It plays a bacteriostatic action.

The Coco-Glucoside is a nonionic surfactant. It has good foaming properties and is extremely gentle on the skin. It 'consists of a biodegradable, made from renewable sources. Completely natural, does not cause irritation or sensitization. And 'therefore suitable for sensitive skin such as children or particularly stressed.